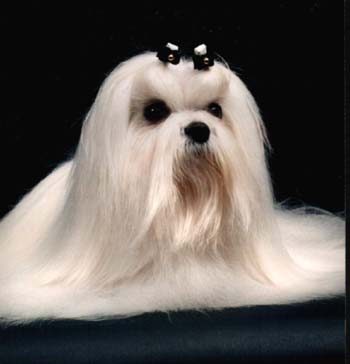 Victor, owned by Isabel Castro Vera of Spain and bred by Tonia Holibaugh and AngelaStanberry, is Noel's last offspring. He has a beautiful heavy silk coatand tons of pigment. His great personality has helped him in the show ring. He finished his championship with four majors. Hopefully, he will follow in his parents pawprints as a producer. I currently have young puppies sired by Victor that will hopefully be shown in the US over the next year. His first champion offspring, "Mariah" CH Rhapsody's Wind of Victory owned by Tammy Hauptman, completed her championship at the young age of 9 months!!! 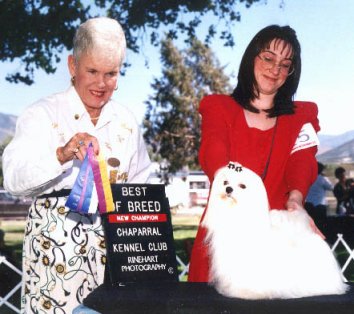